Skip to main content
Due to recent changes to our order fulfillment system, some customers may experience longer than normal order processing times. We apologize and are working hard to fix this.
by HB Duran 7 Minute Read

If you want to try video games but haven't played before or in a long time, you may find yourself overwhelmed by all the choices. Here are some recommendations! 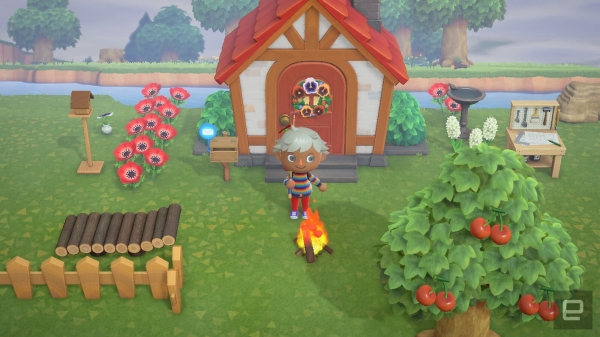 If you're on the internet at all, you've probably already seen a lot about Animal Crossing lately. The latest game, Animal Crossing: New Horizons is a cute game in which you design and explore your island, interact with villagers, collect, create and trade items, and interact with friends online. It's a simple, yet addicting way to spend your time, and a great way to jump into gaming without feeling intimidated.

The Spyro series is a colorful and family-friendly classic among gamers both new and experienced. The game stars Spyro - a cute but fierce little dragon and a dragonfly friend named Sparx who set out to free other dragons from crystal prisons scattered across the world. This series is a platformer, which means that you will need to navigate the world by jumping, flying, swimming, etc. while dodging or defeating enemies and traps.

Spyro the Dragon first launched in 1998, but you can enjoy the first three easy-going adventures on next-gen consoles thanks to the release of the Spyro Reignited Trilogy in 2018. The game is available on PS4, Xbox One, Microsoft Windows, and Nintendo Switch.

Crash Bandicoot is another 90's platformer favorite that still makes the list of favorite games from when players first started out. Crash is a wacky marsupial running around the fictional Wumpa Islands near Australila, where he encounters a variety of mutated plants and animals while collecting Wumpa Fruit. These are similar to coins Super Mario Bros. in that collecting 100 of them will grant you an extra life. The world is colorful and silly, making the Crash Bandicoot series a fun and easy-going game to pick up for beginners.

A remake of the first three games called Crash Bandicoot N Sane Trilogy was released in 2017, allowing gamers to pick it up again or try it for the first time on PS4, Xbox One, Microsoft Windows, and Nintendo Switch.

Plants vs. Zombies is a tower defense strategy game, meaning that you use your resources to create defenses against waves of enemies. You will need to use cards to arrange the playing field with different kinds of plants, each with their own abilities that fend off shambling zombies. It will start out easy, then get progressively harder over time.

The PvZ series has expanded into a wide franchise of different themes from warfare to pirates and formats from traditional tower defense to match-3 and digital card games. Explore them and see which ones you like best!

Stardew Valley is a low-key, relaxing combination of farm simulator and role-playing game in which you move to a beautiful valley to live a new life on your farm. You'll interact with villagers, tend your land, explore, and upgrade your property through gathering and completing missions. This little gem can also features multiplayer so you can share your adventures with friends and family.

Originally released in 2016, you can find Stardew Valley on a variety of gaming platforms from mobile and desktop to console devices. 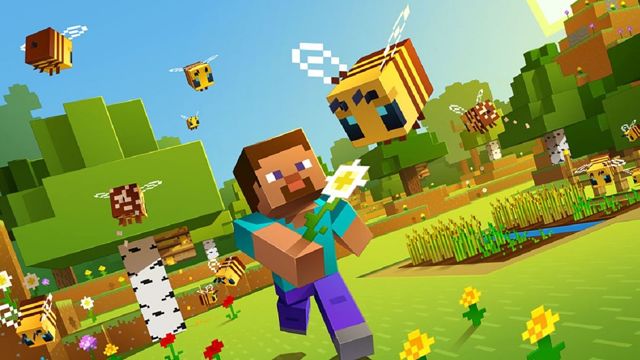 There's a good chance you've already heard of this one! Minecraft is a fun game that is loved by players both young and old. Don't be intimidated by fancy mods (modifications of the code that changes gameplay) or complicated YouTube videos - this game is easy to pick up without any experience and you can choose a gameplay style as simple or as complicated as you want.

The idea is to gather resources to make tools and weapons, then use those to mine additional resources to craft items, armor, buildings, machines... the sky's the limit! Minecraft comes in two modes - creative and survival. Creative means that you can take various blocks and arrange them however you want. People have made some really cool pieces of art and reproductions using this mode!

Survival mode cycles through day and night and has monsters that can hurt or kill you, especially at night! You can change the level of difficulty, whether or not it ever gets dark, and a ton of other things in the settings menu, so play around with things until you find what makes you happy.

Minecraft is available on computers, consoles, and even mobile devices. If you're playing on the computer with SteelSeries gear, try it with our GameSense app for cool lighting features!

(PS: Terraria is a 2D game similar to MInecraft if the 3D graphics make you feel dizzy.)

Speaking of blocky and colorful games for beginners, adults enjoy LEGO video games as much as the kids! They are just challenging enough to be fun but not so much as to get frustrating. The humor is great, and it's a fun new way to explore your favorite franchises like Star Wars, Jurassic Park, Batman, Harry Potter, and more.

Overcooked 1 & 2 are both fun restaurant simulation games in which you must fulfill orders, manage your staff (or cooperate with up to 3 other players), and survive the rush! But if you think this is any old restaurant environment, think again - you must time the use of conveyer belts and dynamic environments like moving vehicles, ships, space stations, and more!

The difficulty slowly starts to crank up, testing the limits of your time management skills.

Firewatch is a critically-acclaimed adventure game in which you play a forest ranger with one simple job - sit in a tower and look for smoke. When weird things start to happen, you set out to discover the truth, with only your radio as company. This is a great game for players who aren't ready to learn a bunch of controls but love an engrossing story.

You can find Firewatch on Microsoft Windows, OS X, Linux, PlayStation 4, Xbox One, and for Nintendo Switch.

Surprised? A lot of first-time gamers, especially those over the age of 40 have mentioned that Red Dead Redemption 2 was a satisfying leap into the world of gaming. The opening tutorial doesn't assume you know anything about a controller, and the game's open world allows you to learn and explore at your own pace. Frequent updates keep the Wild West alive and always changing.

Plus, there's a fantastic photography mode if you reckon you'd be interested. Find RDR 2 on PlayStation 4, Xbox One, PC and Stadia.

This is the only game on our list with a Mature rating, adult themes and language are to be expected.