While it’s not as game-changing as everyone has hoped, especially with TI10 on the way, 7.30 brings enough change to warrant shaking up the meta and for a few key things to be aware of before jumping into your next game. Let’s take a look!

Heroes like Tinker, Lycan and Beastmaster are seeing a return in this patch as the developers completely changed their playstyle. For example, Tinker can now be played in many versatile roles including Middle, Offlane or as a support. Lycan, alongside with Beastmaster, has made a return to the meta thanks to the item Helm of the Overlord. Helm of the Overlord not only receive some great improvements, but its cost has been made much easier to swallow thanks to how it is built more piece-by-piece instead of large purchases. 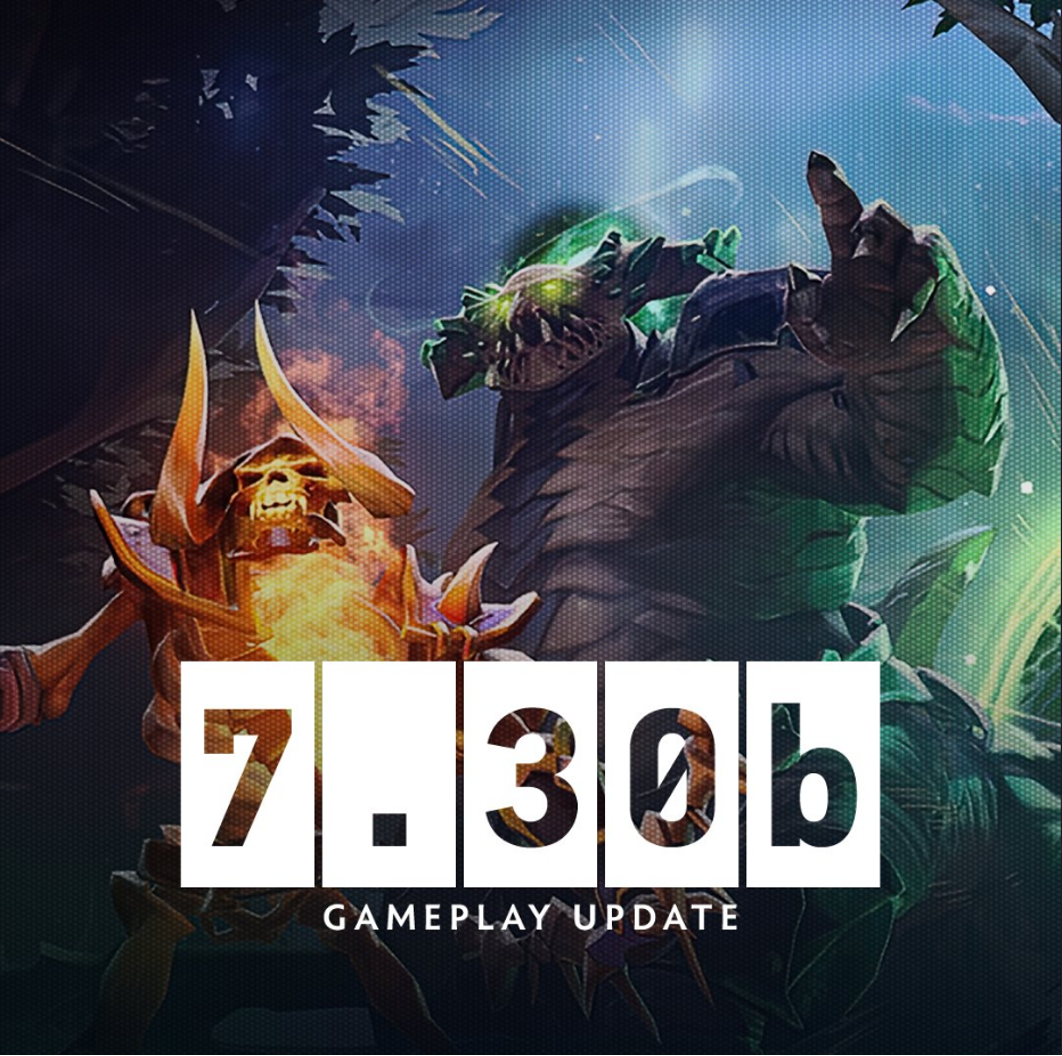 The latest patch is a great trade-off of keeping the meta relatively safe for the coming The International 10 but also shifting it around to allow new-coming threats into the strategic mix while also tempering larger problematic heroes and items that were too overwhelming to deal with.

A Change in Items

Besides the aforementioned Helm of the Overlord, several strong items I previously mentioned were too strong, have removed or outright reduced in their potency. Flicker and Aeon Disk have had weaknesses attached to them and new Neutral Items have been swapped in for the ones that were removed such as Pig Pole, Tumbler’s Toy, and Witchbane which offer more applicability, variety and usage through the different stages of the game as oppose to the straight-intended purpose of the previous items. To add, now 5 Neutral Items drop per stage of the game, making sure everyone on your team gets an item. 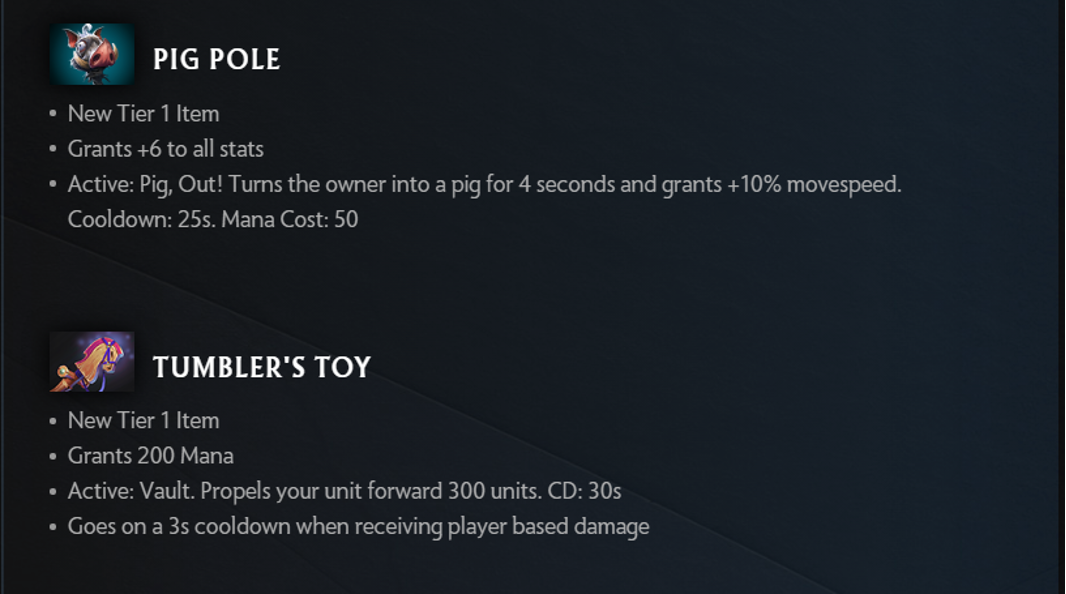 These two new neutral items are practically memes but also serve an all-around purpose for many heroes during the first 20 or so minutes. Providing all-around stats value like Mana or attributes and maneuverability for cores to farm faster in the jungle or for initiators to close that gap on foes.

An Adjustment in Heroes

It’s difficult to pin that all the changes for the heroes but the key takeaways are that a lot of popular overpowered heroes have been reduced: Broodmother is no longer versatile through all stages in the game, Luna has a small hindrance in damage early-on to slow her farming down and Axe’s Manta Style build no longer exists with one change in his Aghanim’s Shard. 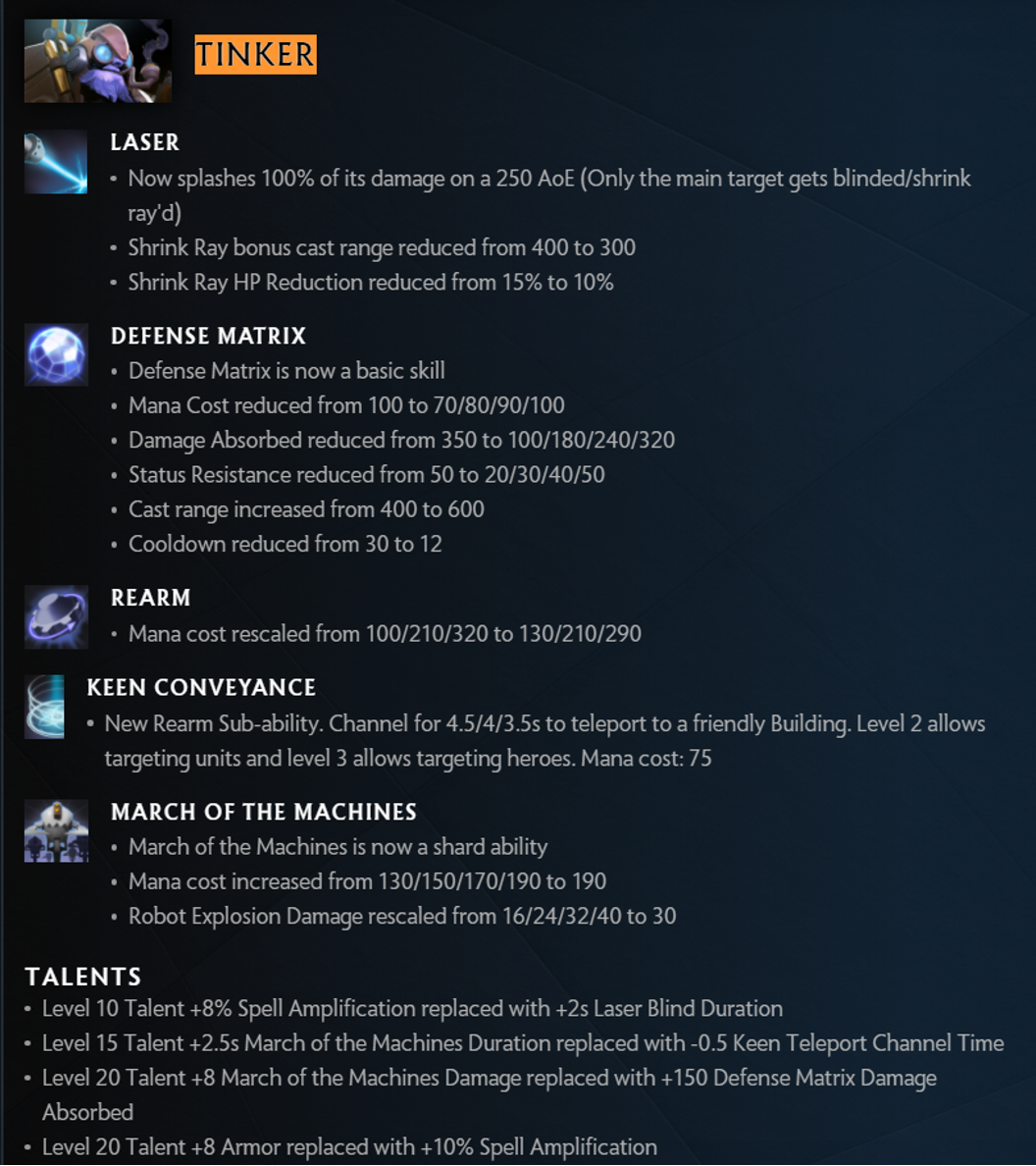 Instead of Tinker being this black-or-white hero in the mid-lane that either won the game single-handedly or dragged their teammates down, he is now this versatile and very annoying hero in the lane who can play with as little or many items he may want.

At the time of this publishing, the next subtle patch change, 7.30b has already been released. That said, everything written here still remains accurate and future patches will seek to find a middle-ground for those maybe hurt too hard this patch.