“Our goal is to continually innovate and design industry-defining, award-winning hardware and software, align with best-in-class esports teams and continue to help shape the future of professional gaming,” said Ehtisham Rabbani, SteelSeries CEO. “SteelSeries and T1 both have a long and storied history in esports, so it’s an honor and a privilege to partner with like-minded organizations.”

T1 is recognized as one of the most successful organizations in the history of esports with its League of Legends team, winning three World Championships (2013, 2015, and 2016), two Mid-Season Invitationals, and nine League of Champions Korea (LCK) titles, making it the most celebrated esports team in the world.

‘Faker’ is widely regarded as the most iconic League of Legends player of all time and has helped the T1 LoL team acquire one of the largest, most influential fandoms in all esports.

T1 has partnerships with Nike, BMW, and Red Bull, among others.

“I am excited to announce SteelSeries as one of our new partners. Through this partnership, our players and streamers will be wearing some of the best headsets in the world,” said Joe Marsh, CEO of T1. “It is always great to team with a legendary endemic partner, and I look forward to the synergy between T1 and SteelSeries.”

“We are delighted to bring together two leaders in their respective fields,” said Malcolm Thorpe, Managing Director, South East Asia at SPORTFIVE. “SteelSeries and T1 are both drivers of innovation and creativity and we believe that this partnership will further cement their positions as trailblazers within the esports industry.”

As the world’s original esports brand, SteelSeries continues to invest deeper in the esports and gaming ecosystems it helped to create. SteelSeries’ pro team relationships are more than sponsorships, they are true partnerships. From ideation and design to testing and validation, esports professionals are not only stakeholders of SteelSeries, but they are also collaborators and co-creators, together creating the world’s best gaming peripheral products and software. T1 joins an elite roster of SteelSeries teams including FaZe Clan, Red Bull OG, Mercedes-AMG Petronas Esports Team, SpaceStation, Rare Atom and more.

Winning is everything. To take home championship trophies, you need all your senses firing on all cylinders. And when it comes to gaming audio, the Arctis Prime headset builds on the award-winning heritage of the Arctis franchise and introduces a battle-tested, comfortable, lightweight, high-performance headset that delivers signature Arctis high fidelity sound. As part of the partnership, SteelSeries will provide the new Arctis Prime headset to all of T1’s teams.

To learn more about T1 Sports & Entertainment, visit t1.gg and join the conversation on Instagram , and Twitter. For images and the hero video: https://steelseries.box.com/v/T1-Entertainment-Sports.

SteelSeries is the worldwide leader in gaming and esports peripherals focused on premium quality, innovation, and functionality. Founded in 2001, SteelSeries improves performance through first-to-market innovations and technologies that enable gamers to play harder, train longer, and rise to the challenge. SteelSeries is the pioneering supporter of esports and competitive gaming tournaments, connecting gamers and fostering a sense of community and purpose. SteelSeries’ family of professional and gaming enthusiasts are the driving force behind the company and help influence, design, and craft every single accessory and the brand’s software ecosystem, SteelSeries GG. In 2020, SteelSeries acquired KontrolFreek, the industry leader in high-performance controller accessories, and Nahimic, the leader in 3D sound solutions for gaming. To learn more about SteelSeries, visit SteelSeries.com and join the conversation at @SteelSeries. 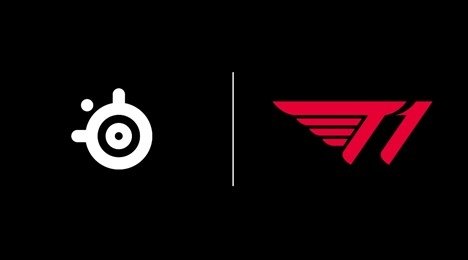