Halo Infinite's first multiplayer event is about to happen, and you can bag the special Yoroi armor as a result.

Halo Infinite's multiplayer component has only been out about a week now, and it's hosting its first-ever event. Fracture: Tenrai is about to begin next week on November 23, during which you'll be able to get your very first limited-time Halo Infinite armor core for your Spartan: the Yoroi armor.

You'll only be able to add this armor to your collection during this event, and you'll definitely want to do it, as it'll make your Spartan look like a samurai. If you're interested in getting your hands on this unique armor piece, here's everything you need to know about going about it. In no time, you'll be flaunting your awesome new armor.

How to get the Yoroi armor in the Halo Infinite Fracture: Tenrai event 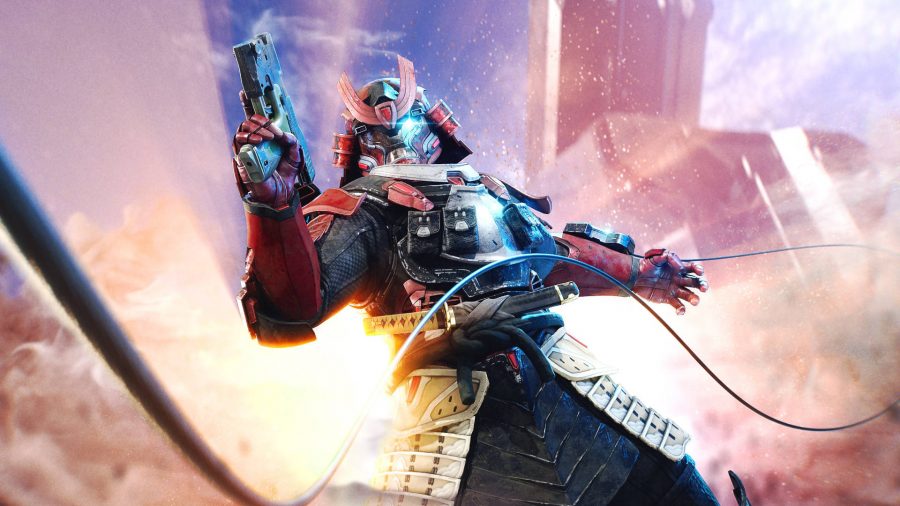 If you want to eventually be rewarded with the Yoroi armor, you'll have to first play through the free Fracture: Tenrai event pass when it debuts. It will include 30 tiers of exclusive cosmetic tiers. One of those does include the Yoroi armor core, of course, but you'll also be able to unlock coatings, a new belt, helmet visors, as well as a variety of additional other cosmetic goodies along the way.

You'll need to level up your battle pass if you want to have any hope of collecting everything during the event. This will require you to complete certain game types, earn special commendations, and fulfill additional conditions if you want to make progress toward the Yoroi armor. But don't worry about neglecting your Season 1 battle pass. The experience you earn toward your event pass will also go toward your Season 1 challenges. So the good news is you'll be working toward both goals simultaneously!

This will be true of events in the future. You'll get a free event pass, and you'll never have to purchase another seasonal battle pass to jump in and participate. There aren't any specific details about what you need to complete to earn the Yoroi armor just yet, but you'll be able to easily discern what you need to do when the event debuts on November 23.

When is the Halo Infinite Fracture: Tenrai event? 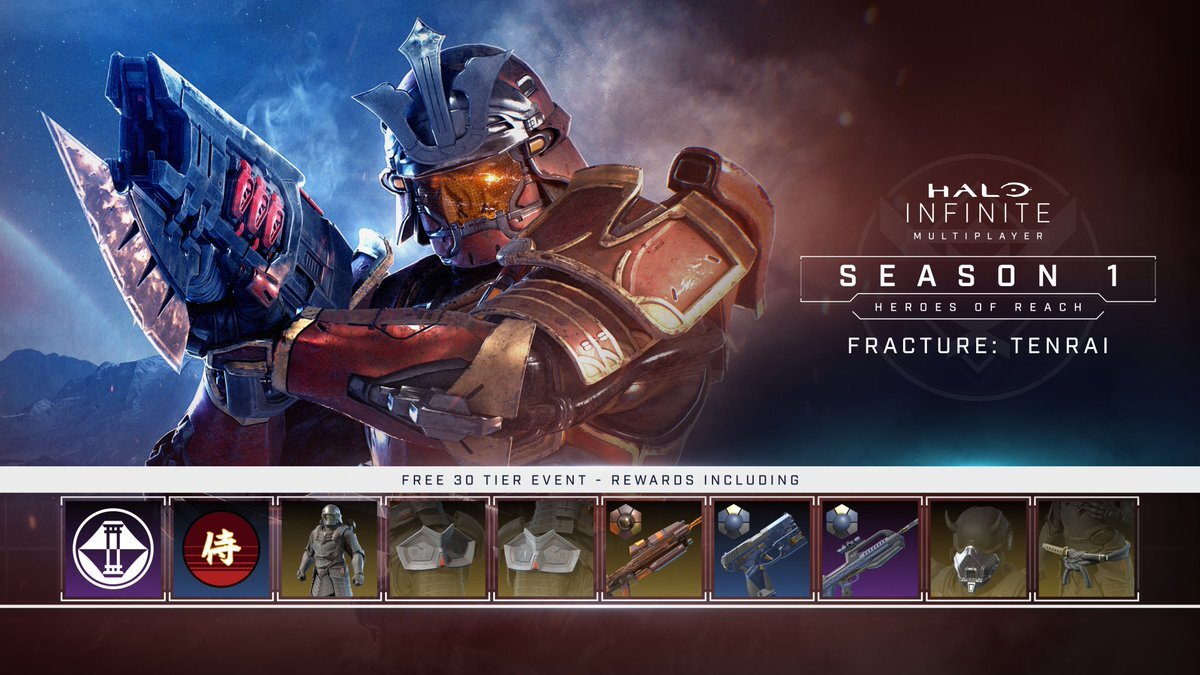 You'll be able to jump into the free Fracture: Tenrai event pass when it debuts on November 23. It will run through November 30. There's no set start time for the event just yet, but you'll be able to check back in Halo Infinite in the future on Tuesdays for new content updates going forward.

There will be 30 different tiers of cosmetic rewards, and you'll have the entirety of the event to unlock them. It's unclear if after the event the Yoroi armor will return, so you might want to make darn sure you get it before moving on just in case it's part of a model that encourages scarcity as part of its reward tiers. So if you like the samurai look, expect to jump into Halo Infinite for a while over the next week or so. Fancy some multiplayer after Thanksgiving dinner?

The story continues when Halo Infinite drops this December. Join the official SteelSeries Discord to get in some awesome conversations about it.