From professor to poster child, here are 5 personas that fit together to build a championship League of Legends team. Which one do you identify with the most?

An international victory, whether at the Mid Season invitational or World Championship, is the highest accolade that can be claimed by a professional League of Legends team. Requiring a year of constant hard work in their home region, and almost a month of hyper-competitive play against some of the greatest players in the history of the esport, these international wins are, for many players, the culmination of a career’s worth of competition.

Professional League of Legends teams (or at least the really, really good ones) function like parts of a whole, rather than as individuals. They work cohesively to achieve a shared goal- looking good individually means nothing when you can win as a team. Contrary to the popular ‘1 versus 9’ carry ideology that pervades solo queue, winning in a team game is all about the cohesion that exists between each and every role. Each player has their part to play.

One of the core mechanics of League of Legends is the idea of roles. Even if you’ve only played a single game on the Summoner’s Rift, you’ll know that in League, there are five roles across the map, each with its own unique identity and objectives within the game. These roles are ingrained into the experience of League and its players. If you play league, you are not just a player; you are a midlaner, a jungler, a support.

However, there are roles that go beyond lane assignments or summoner spells- a holistic identity, a huge factor for coaches to consider when building successful rosters.

You cannot create a team of five flashy, solo carry players in the same way you cannot create a team of five hyper-passive, supportive players. To build a champion, you need a mixture of both. The ‘anatomy’ of a team is crucial, and this anatomy can just as easily be found in your Clash team as it can on the World Championship Finals stage. Where do you fit in amongst the pros? 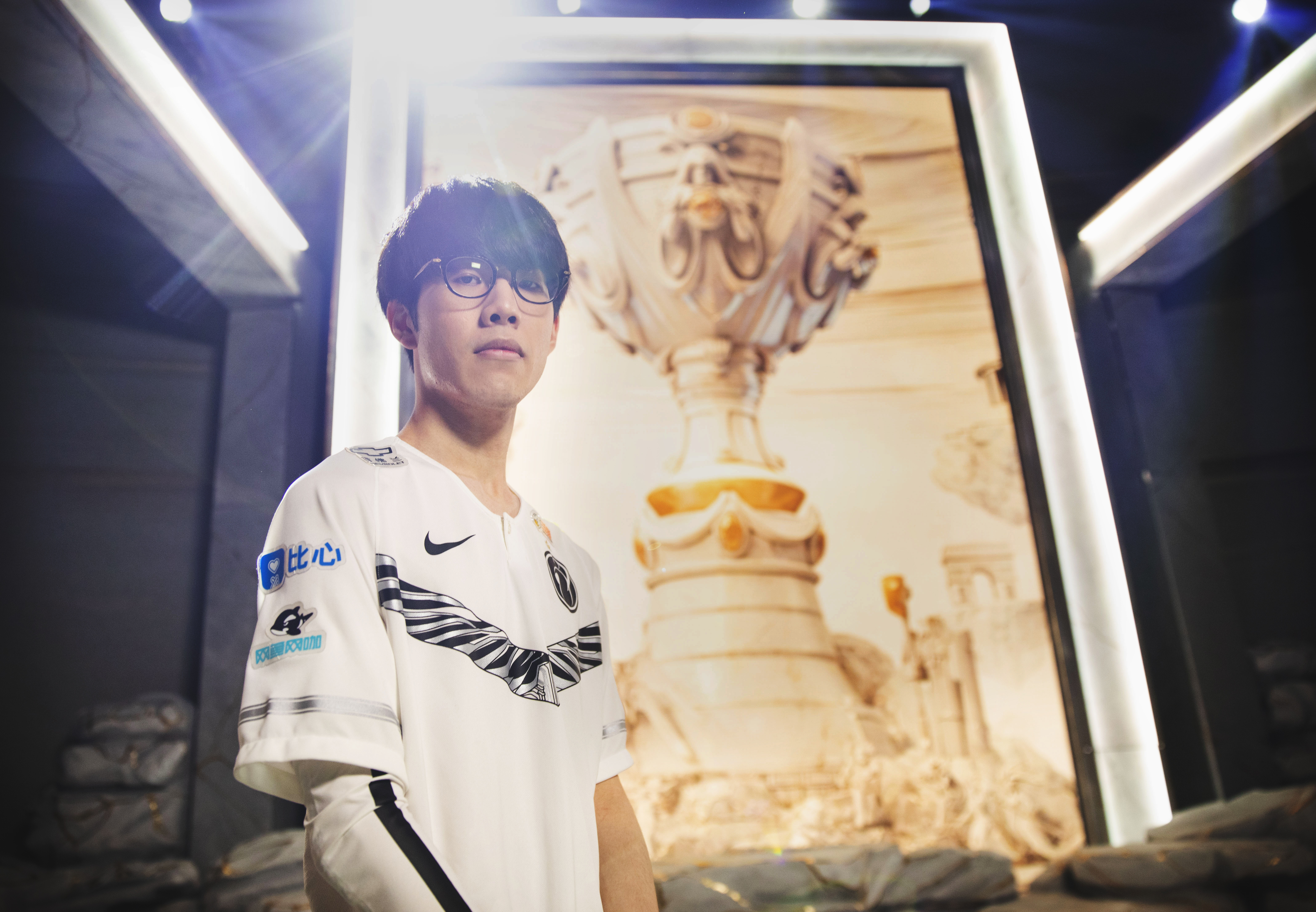 If you’re looking for a player to either go 0-10 or 10-0, then the loose cannon is your guy. Famed for their incredibly aggressive play-styles and stellar mechanics, these players will take any chance they can get to stunt on their opponents. Laning phase with aggressive champions are the best place to see them shine; if it’s powerful before Level 6, chances are the loose cannon is going to pick it.

Interestingly, the majority of these loose cannon players are either top or mid laners, with both of their roles allowing for a massive amount of skirmishing in lane.

Jang "MaRin" Gyeong-hwan, 2015 world champion top laner for SK Telecom T1, and Kang "TheShy" Seung-lok, 2018 world champion top laner for Invictus Gaming, are perfect examples of this playstyle. Favouring lane-dominant picks like Gnar, Fiora and Jayce, they create map pressure that allows the opposite side of the map to lane uninterrupted, gaining advantages across the board and looking stylish while doing it. 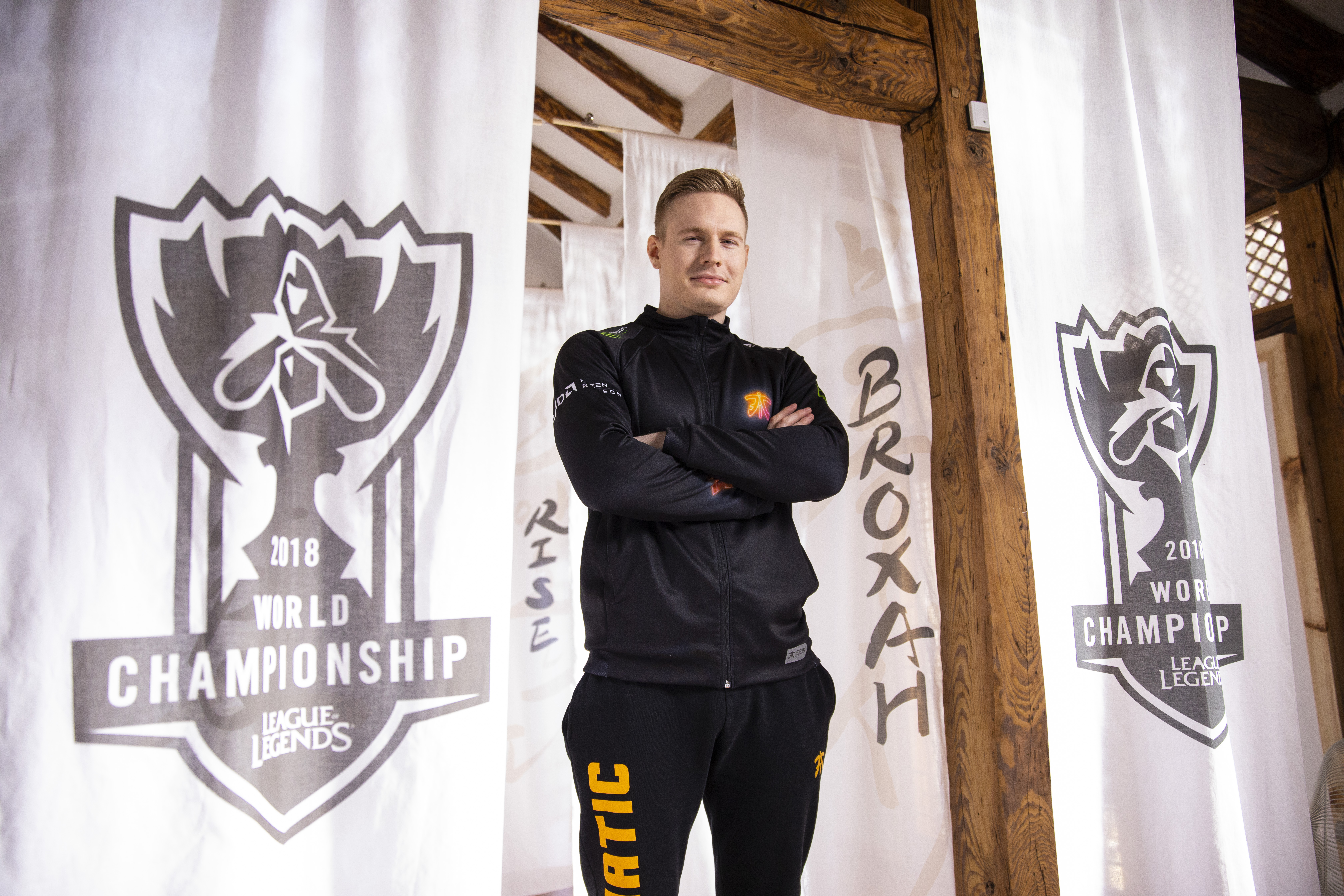 A rare sight in solo queue, these players are the brains of the team. Calling the shots and manipulating the map, they generate advantages through clever warding and sneaky objective-taking, swiping a Baron Nashor without the enemy team even knowing they’d started it. The most common role for these strategic minds is the jungle, with its ability to affect the entire map.

Notable professors are Samsung Galaxy’s Kang "Ambition" Chan-yong, who piloted his team to the defeat of reigning champions SK Telecom in 2017, and Mads "Broxah" Brock-Pedersen, who helped secure Europe’s first World Finals appearance since 2011 on Fnatic in 2018.

Favouring engage-focused champions like Jarvan, Sejuani and Lee Sin, these professors provide their team with the information they need to take fights and push laning advantages to their maximum potential. 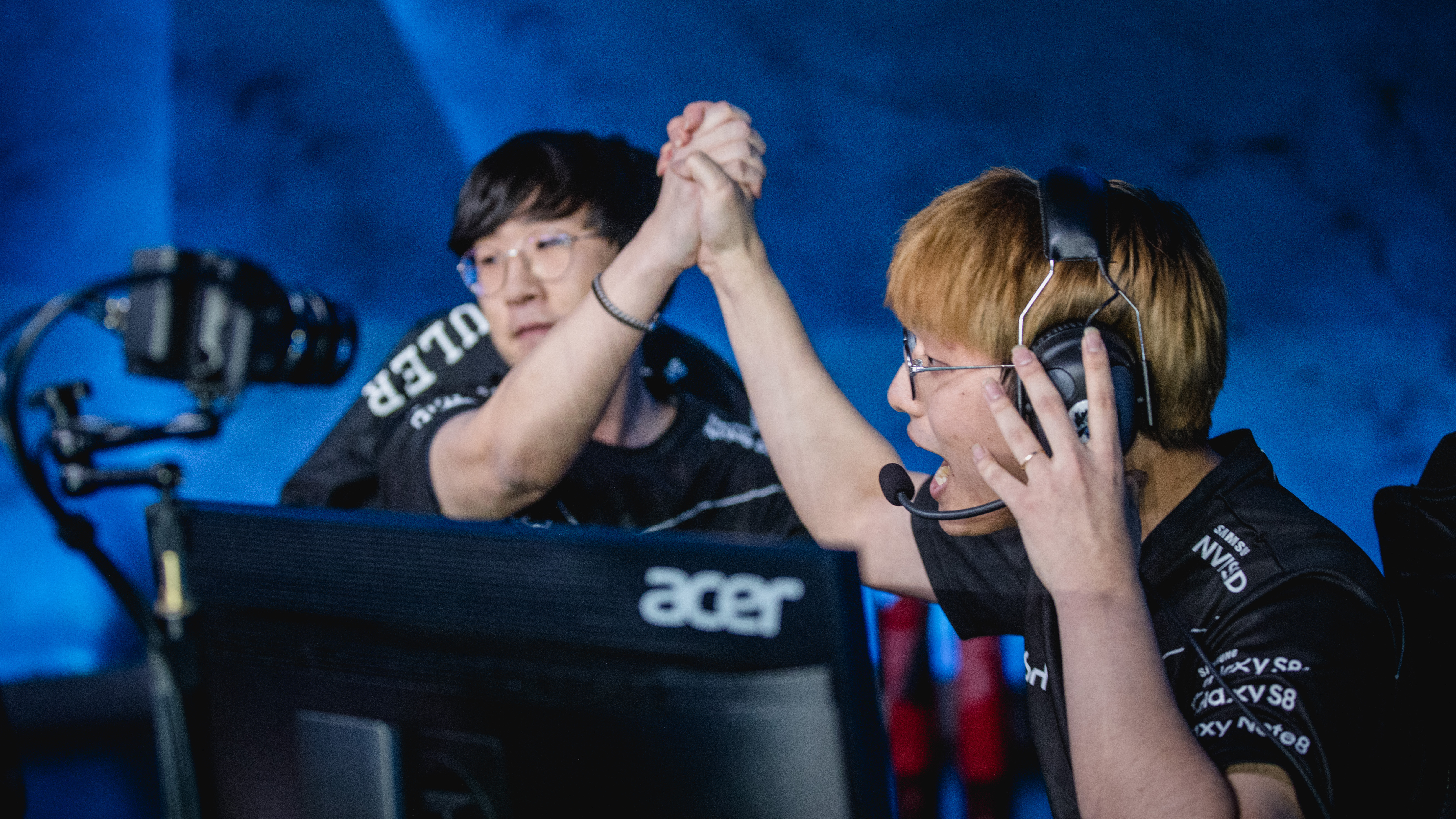 Similarly to the ‘mom friend’ in every group, this player helps bandage the wounds of their carries, and keeps them alive through even the most questionable of team fights. They don’t care for the glory of pentakills or baron steals- their plan is to keep the damage dealers alive for as long as possible with shields, heals and crowd control tools.

Notable caretakers include FunPlus Phoenix’s Kim "Doinb" Tae-sang and his signature Nautilus, and Samsung Galaxy’s Jo "CoreJJ" Yong-in, whose Janna and Lulu backed up his team to a 3-0 World finals win in 2017.

If you’re the caretaker of your five-man premade in flex queue, we salute you- you are the heart and soul of every team, and your carry’s one versus five tower dive seven minutes into the game wouldn’t look half as cool if you weren’t there with a well timed Lulu ultimate. 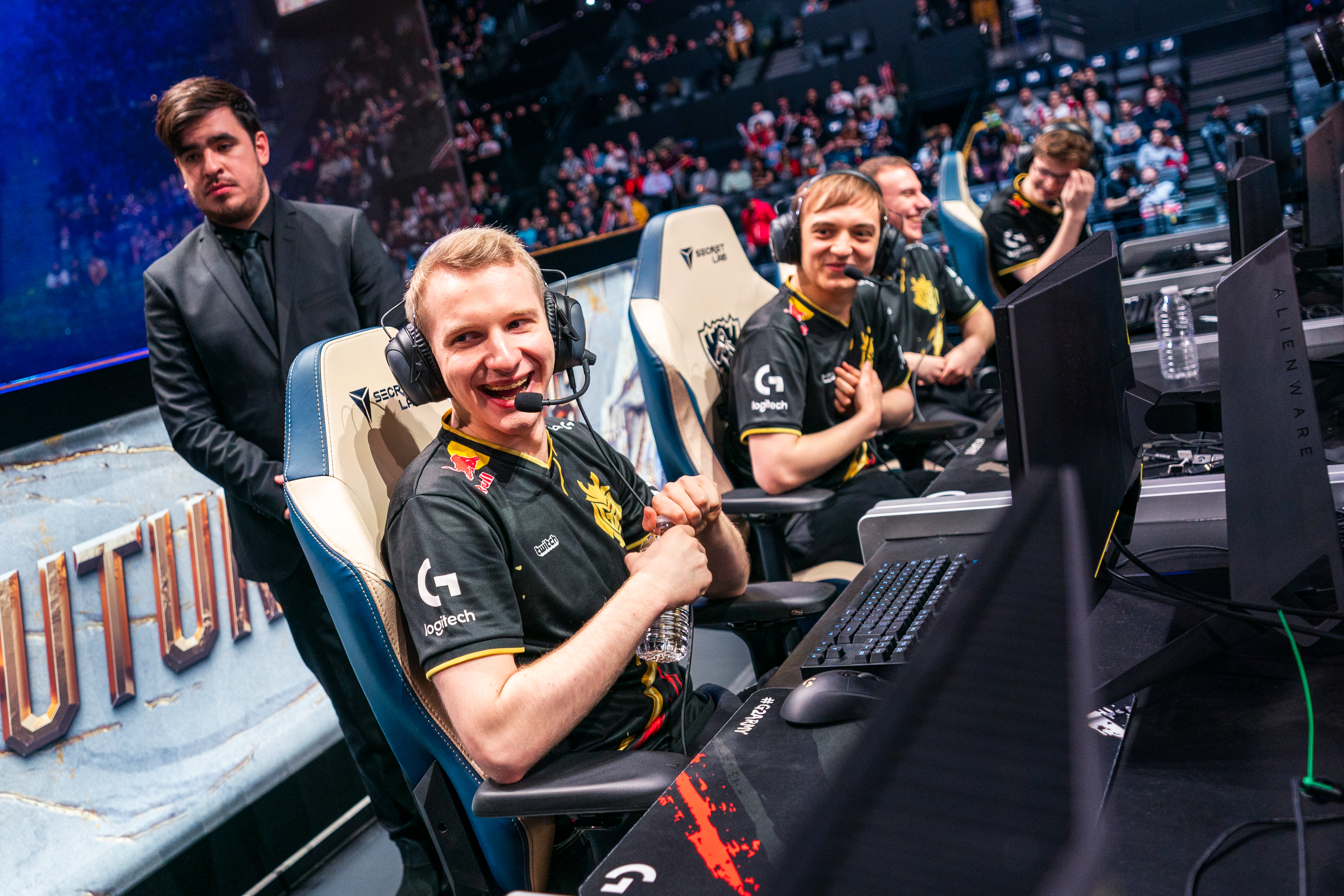 This player’s role is the least visible to fans, but arguably the most important. We’ve all been in seemingly unwinnable games; the enemy mid laner has fifteen kills, you’re defending your inhibitor turrets at 15 minutes, and everything seems hopeless.

This is where the happy virus comes in. They are the player that makes sure, through everything, their team stays smiling- they are the last bastion of mental fortitude against the crushing defeats that are just as important a part of competitive gaming as the victories. Their role isn’t one that can be seen in their gameplay, but lend an ear to their voice comms and it becomes glaringly obvious.

G2’s jungler Marcin "Jankos" Jankowski can be heard in every LEC Mic Check cracking jokes and setting the team at ease, and SK Telecom T1’s ex-support Lee "Wolf" Jae-wan was infamous for his happy-go-lucky attitude both on his stream and in his stage games- an attitude made even more commendable when factoring in the mental health issues he suffered throughout his career. 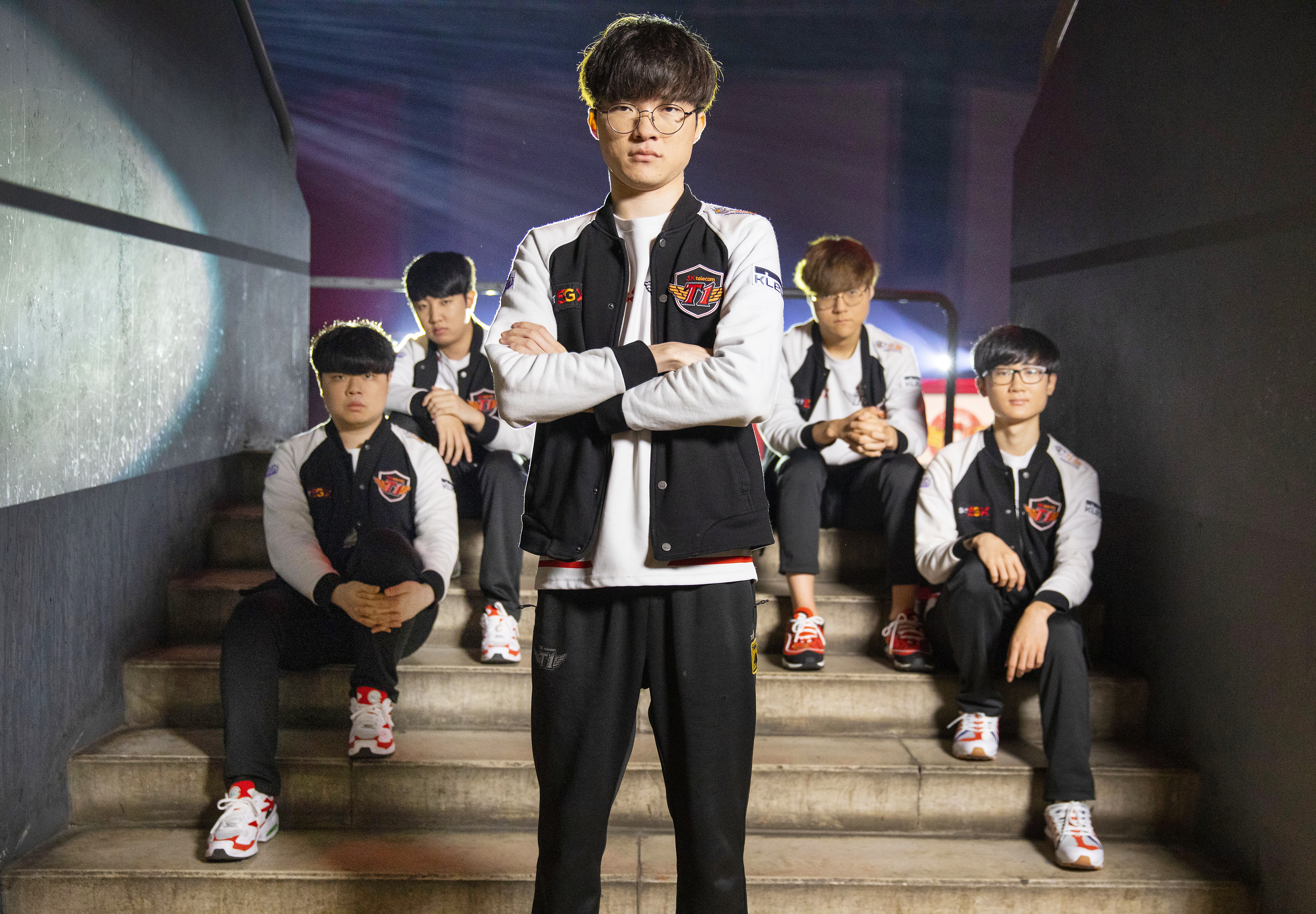 Every team has one. The face of the team, the icon, the sponsor magnet- call them what you like, but these players are fan favourites for a reason. They are the constant presence in hype videos and interviews, and montages of their best moments can be found scattered across the internet.

The most infamous poster boy is, of course, the Michael Jordan of League of Legends: T1’s midlaner and arguably the most famous name in esports, Lee "Faker" Sang-hyeok. Interestingly, the poster boy is the identity least linked to a single role-AD Carry Jian "Uzi" Zi-Hao for Royal Never Give Up, mid laner Song "Rookie" Eui-jin for Invictus Gaming, jungler Ming "Clearlove" Kai during the brief international glory days of 2015’s Edward Gaming.

These players are some of esports’ most famous, and rightly so- they have carried their teams to international victories, and looked damn stylish while doing it.

Whether it's on the world stage, or just your friend group, each persona brings unique skills and balance to a successful team. Now get out there and build yourself a championship team.

Find your next League scrim team on Discord!