Along with new multiplayer maps, there's a new Hunt for Alder event, exciting new Zombies adventures, and much more.

Season 3 of Call of Duty: Black Ops Cold War and Warzone is finally here, and there's plenty to unpack for newbies and veterans alike. If you find you've been itching to squad up and slay the undead with friends, here's the full rundown of what to expect with Season 3.

Get Up to Speed

Season 3 brings players back to the search for Russell Adler as they hit the Golden Triangle. Stitch is able to suss out some additional time to engage the plan he's been brewing, and his actions may turn out to be an integral part of stopping the Cold War entirely.

Over in Russia, however, Perseus isn't resting. Two operatives there are looking to dig up an old program that had been forgotten about to assist with Stitch. That leaves Frank Woods and his team to head to Laos and work through the intel found at Naga's base. The next stop looks like it's Verdansk, where everyone is headed next.

Season 3 is live now in Black Ops Cold War and Warzone, and during all the chaos, players can engage in a variety of new activities across Verdansk in Warzone, with new Containment Protocol status reports coming in from Armistice Central Command. If you've been away for a bit, there's plenty for you to explore.

You'll be able to play across four new maps with the debut of Season Three: Yamantau, Diesel, Standoff, Duga, and Sticks and Stones. Yamantau and Diesel will be available to test out during launch week, while Duga and Sticks and Stones will be deployed further throughout the season. Each have their own variety of different choke points, strategies, and ways for you to play, whether you prefer close-range combat or long-range chaos.

Further, you'll get to try your hand at the new Multi-Team Elimination mode that gives you a last team standing experience. Multiple teams of four will fight to survive in a variety of radiation zones that continue to expand.

There's plenty to see and do in Season 3, but there's also new people to meet: three new operators and one old acquaintance.

This week during launch, you can welcome Wraith, the ex-Norwegian Intelligence Services warfare specialist and Perseus agent. She's an important asset in the fight against NATO, and she excels when it comes to sabotage and infiltration. You'll be able to use Wraith at Tier 0 of the Season 3 Battle pass, but you can also unlock the Legendary Wraith Operator Skin when you reach Tier 100.

The next unlockable Operator is Knight, a former MI6 wetworks operative from Dubin. He's a close-quarters expert who you won't want to mess with, thanks to his brutal arsenal of abilities. After that, you'll get to play as Antonov, who joined the military instead of going to jail for the crimes he committed as an assassin. He gets the dirty work: hazmat work and bomb defusal. You can use both Knight and Antonov as part of Season Three's store bundle.

The Hunt for Adler Limited-Time Event

Season 3's launch brings the limited-time event Hunt for Adler into the fold, where Operators will need to complete a series of in-game challenges throughout Black Ops Cold War and Warzone. The goal is to suss out Green Beret Russell Adler, the CIA agent previously charged with stopping the Soviet agent Perseus.

As you complete new Intel Challenges, you'll unlock new event rewards throughout this particular segment, including Calling Cards, Weapon Charms, and a new Operator Skin: Adler himself, that you can use in both Black Ops Cold War and Warzone.

If you're ready to try out some new weapons in Black Ops Cold War and Warzone, there's good news for you: you'll be able to try the PPSh-41 SMG, Swiss K31, Ballistic Knife, CARV.2 Tactical Rifle, AMP63 Pistol, and Baseball Bat throughout the season for maximum damage. While some of them are free to earn, others will appear to purchase.

If you’re ready to try your hand at the abundance of new content throughout Black Ops Cold War and Warzone, jump in today -- it’s time to go in, guns blazing.

Get ready for Season 3 with the Call of Duty: Warzone Performance Thumbsticks from our friends at KontrolFreek. 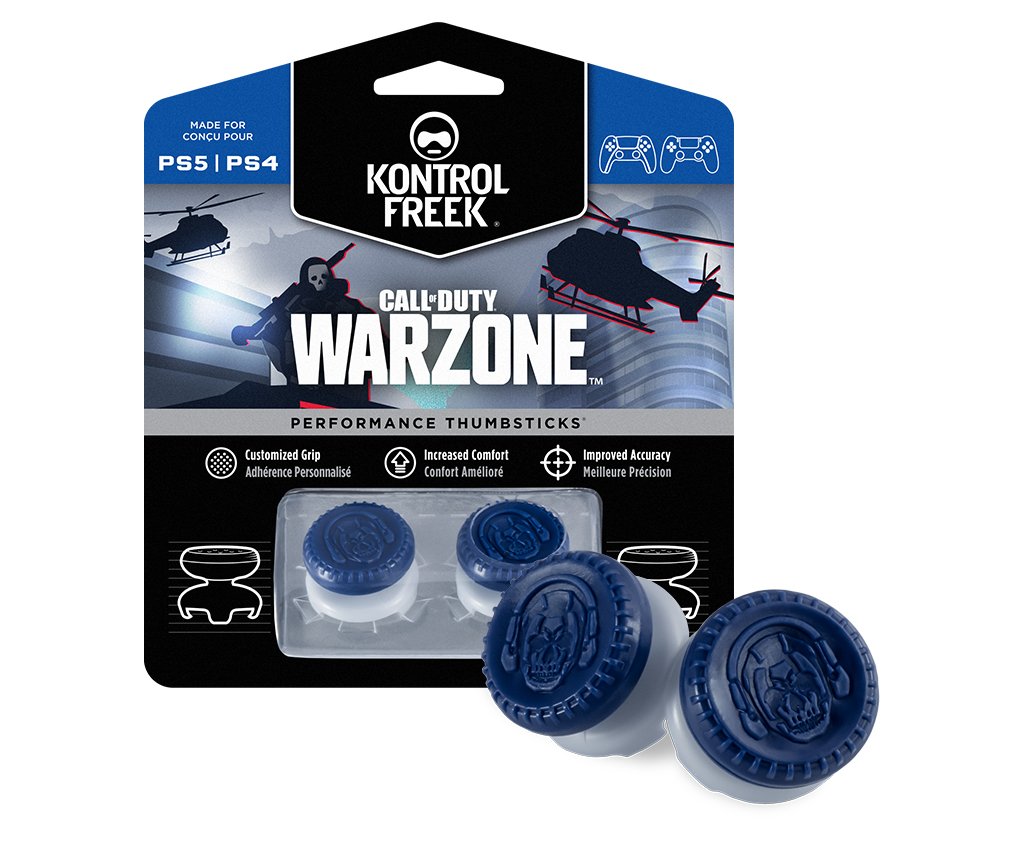 The set includes two high-rise, hybrid thumbsticks for maximum precision and an original, ergonomic design inspired by the iconic “Ghost” from Call of Duty for exceptional control. They will allow you to optimize your in-game sensitivity to more quickly neutralize threats, secure your targets and survive the Gulag in the battle royale experience unique to Warzone.