How to unlock the Reaper class in Final Fantasy XIV's newest expansion, Endwalker.

The world of Final Fantasy XIV just got significantly larger with the debut of its fourth expansion, Final Fantasy XIV: Endwalker. Two years after the debut of the previous expansion, Shadowbringers, this installment brings a wealth of new content to the game, capping off the narrative Hydaelyn-Zodiark arc and closing the current storyline, with a level cap of 90 and two new character classes: Sage and Reaper.

The new Reaper class is an intriguing new scythe-wielding character that can not only summon demons to bring into battle, but looks impossibly cool. It's a useful addition to an expansion that's also introduced challenging new dungeons, raids, gear, and even game mechanics. It's an extensive set of changes for a game that's been going on for years now. So if you're just jumping in, now's the time to test out a new character class.  But how do you go about unlocking the Reaper class? It isn't available at the onset of the game, or at least not in the same way other character classes have been over Final Fantasy XIV's lifetime. But if you're determined to live the Reaper life, we've got the answers you're looking for.

How to unlock the Reaper class in Final Fantasy XIV: Endwalker

If you're ready to play as a Reaper in Final Fantasy XIV: Endwalker, you're first going to have to make sure you've purchased the expansion. You can play a good portion of the game as a trial for free, but you will need to have the paid, complete Endwalker expansion to raise your very own Reaper. Once that's sorted, you need to make sure you have a character who's leveled up a combat job to level 70. There are a variety of jobs that qualify, but here's a helpful list:

Once you have a combat job leveled to 70, which can undoubtedly take some time (be ready for that!) you need to work toward unlocking the Reaper class. To do that, you need to travel to the city of Ul'dah and find the Flustered Attendant by the Steps of Nald. You'll be set down a path to unlock the new job. Follow the quest path to unlock the Reaper job, at which point you can swap your character over, get your creepy yet awesome new scythe, and become the Reaper you've always wanted to be. Well, at least since Endwalker first debuted. 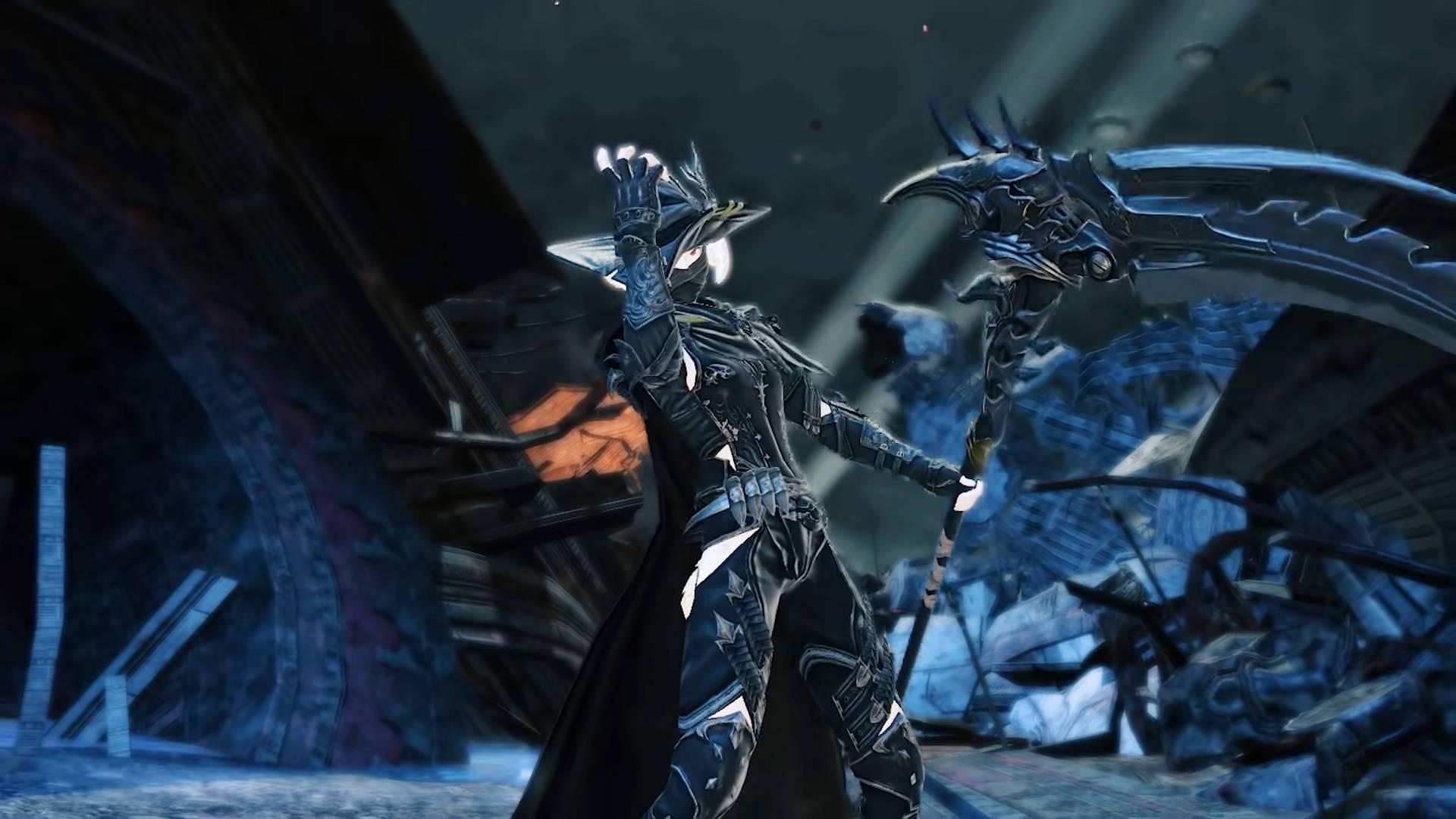 The Reaper is a pretty magnificent choice for anyone looking for something a little different in Final Fantasy XIV: Endwalker. It can summon forth a demon from the Void to help fight off monsters in close-range encounters, which can also inhabit your character's body -- a very cool ability, if we say so ourselves.

The Reaper is clad in a terrifying black cloak with a two-handed scythe that's great for DPS at close-range, similar in scope to what the Dark Knight job can handle. In addition to a range of physical combat abilities, the Reaper's new "Soul Gauge" mechanic can be used to charge up, then use in combat to unleash some pretty devastating attacks.

The Reaper is difficult to master, but it's a terrifyingly awesome combination of Gothic sensibilities and svelte combat maneuvers, great for anyone who wants to look cool while kicking butt and taking names in each combat encounter. If you're ready for a change that plays as cool as it looks, the Reaper is for you.

What job class are you going to play in Final Fantasy XIV: Endwalker? Join the official SteelSeries Discord to find friends to journey with through Eorzea.