Season 6, the newest and final season of COD Modern Warfare's Warzone introduced a brand new blueprint variant to unlock, the Firebrand, which is hidden alongside high-tier goodies like the Juggernaut suit, miniguns, advanced UAV, and specialist bonus. Here's where and how to find them.

This unlock is a bit more complicated than the previous secret areas in Stadium and Bunker 11.

Here is the process for unlocking the new special area full of loot, but each run will be different, so you'll need to pay close attention to the unique clues in your match. Before starting, open up a notepad or have pen and paper ready to jot down important clues that you will need to reference quickly.

I recommend that you check out a video so you can get an idea of what you're looking for visually at each step. Here's a short and simple one by jackfrags on YouTube.

Can you do this with 1 person?

Yes, technically, but it is much more challenging to do this challenge solo. With a duo, trio, or full squad, your teammates can assist with gathering the painting names and numbers, removing the need for you to write everything down and run around.

Specifically target the government building in the center of downtown. 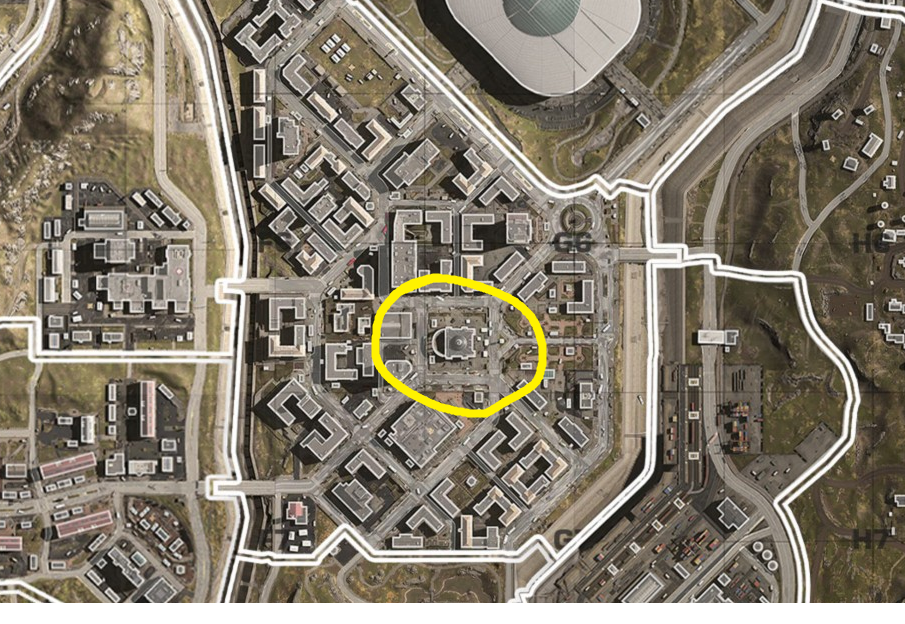 On the minimap, it has a half-moon shaped left side and sits right in the crossroads of downtown. It has a distinct dome-shaped roof to look for when you're parachuting in.

Step 2: Look at each painting

Come up with an easy-to-remember name or letter for each painting, and write them down.

Step 3: Use the keypad

Hop behind the front desk and use the grey keypad to enter code 2179. An alarm will sound and gas will start to fill the room.

Step 4: Use the computer

Turn around from the keypad to find a computer to interact with. You will see the computer flash a series of pictures and numbers. Write down this sequence of clues so you don't forget. The PC will then ask you to input a code, which you need to go and figure out next.

You'll notice that the gold plaque underneath each painting now lists a number. Find the corresponding numbers for each painting, jot them down, and head back to the computer.

Step 6: Do the math to crack the 4-digit code

Reference your sequence of clues to find the equation. If PC's first clue showed a horse, you'll use the horse's gold plaque number and add or subtract whatever the PC said right after the horse clue. You should end up with a 4-digit code.

So if horse painting = 7, and PC says "horse painting minus 2", the first digit in your code will be 5. Reference the video above if you're feeling confused about this puzzle.

Back at the PC, you'll need to enter your unique 4 digit code that you just figured out. However, this keypad is a bit of a puzzle in itself, as you need to enter the top half of the numbers, followed by the bottom half. Just visualize the numbers cut in half, and this should be no problem.

(Use the buttom left keypad option (an arrow pointing left) to delete any mistakes you make.)

Step 8: Head into the Metro station 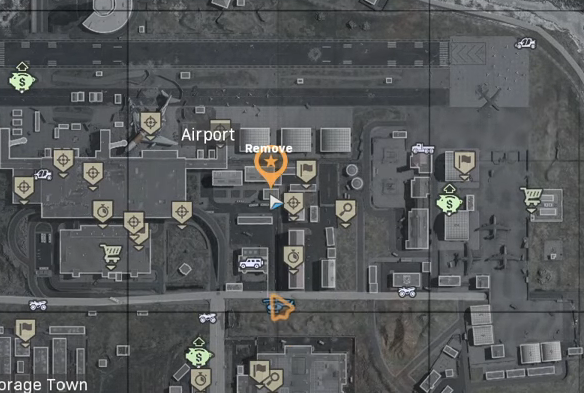 Head to the underground train station just southeast of the word "Airport" on the minimap. It's directly north of Superstore, and right in the center of map section D4.

Interact with the giant machine with 2 monitors inside the station, wait a bit, and a train will pull up!

Step 9: Ride the train and get the loot!

Exit the train and head through the door to find the Bruen blueprint sitting on a table. 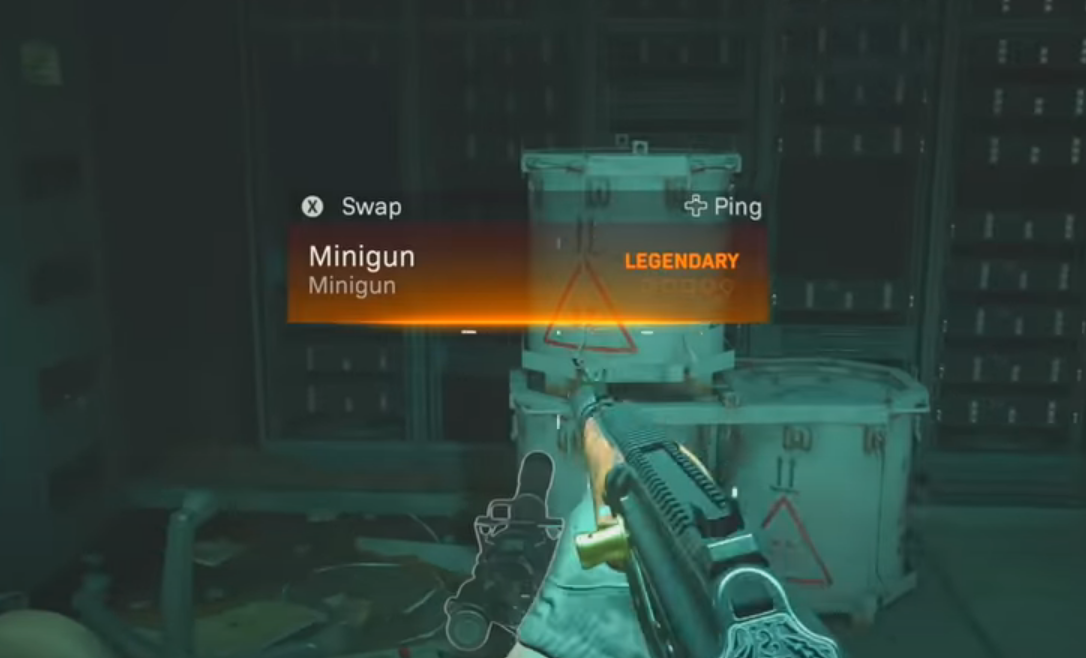 Step 10: How to leave the secret area

To leave, simply interact with the computer terminal to the left of the train. Then hop back on the train, and you'll be back out in Verdansk ready to dominate with all your new goodies.

What is the advanced UAV? 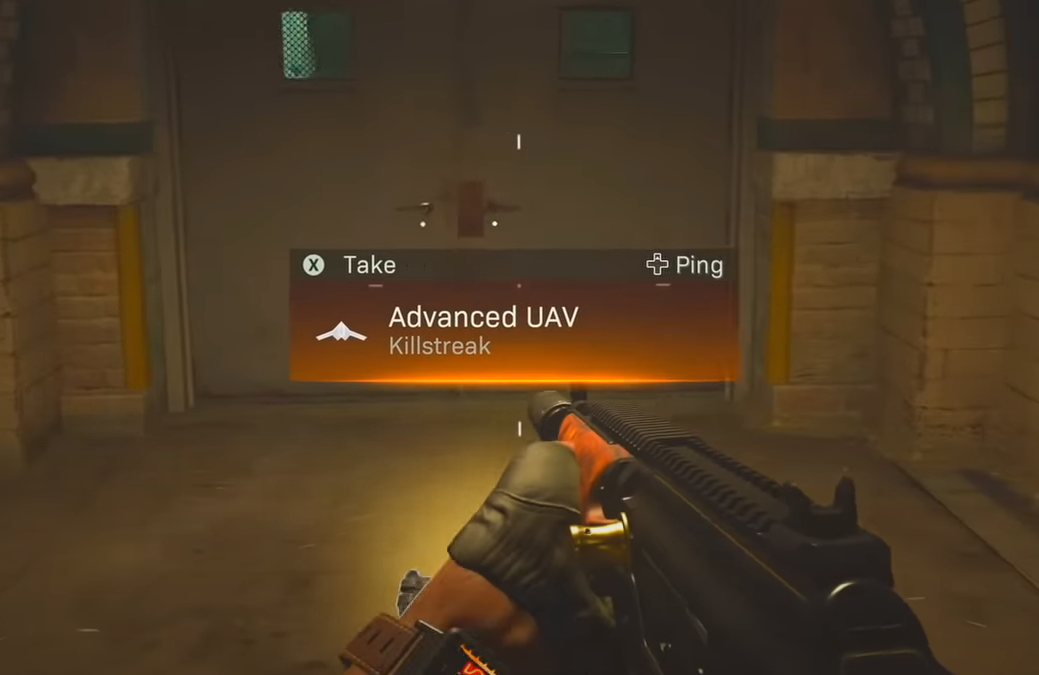 Using the advanced UAV will reveal every player on the entire map, instead of just in your immediate area. This is great for strategizing your movement plan, and knowing how far away the closest teams are. Players using the Ghost perk will still not show up on advanced UAV's, so use the same amount of caution that you would with a standard UAV.

What is the specialist perk? 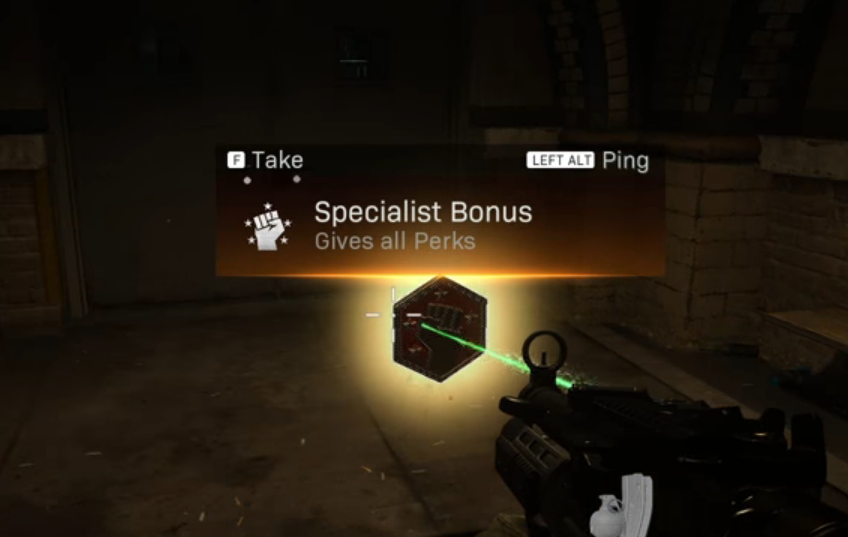 Picking up the specialist perk gives your character every perk in Warzone for the duration of the match, which means you get Ghost, Cold-blooded, Tracker, and more, all at the same time (without needing to grab your 3 perks from a loadout box).

What is the Juggernaut suit?

The Juggetnaut suit killstreak equips you with a super-armored (but slow moving) suit to keep you alive, and equips you with a minigun. You basically cannot move while firing the minigun, so position wisely using chokes and cover. It's a fun experience that you should try at least once!

Here's TimTheTatman trying the Juggernaut suit for the first time:

What if the Bruen Firebrand blueprint isn't there?

Similar to the previous Stadium and Bunker 11 secret unlocks, this activity can be buggy. If you don't find the blueprint on your first time, you'll have to try again next game!

Join us on the official SteelSeries Discord server for Warzone and more.