Here's a super handy guide for getting through Aghanim's Labyrinth with Viper. 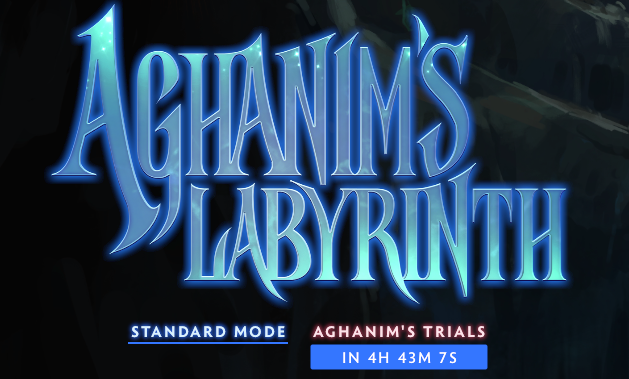 When I first tried out Aghanim's Labyrinth, I unsuprisingly dragged my team down, even on Difficulty 1. Luckily, I came across a guide on Reddit that laid out not just the best shards to choose, but also Viper's role on the team and how he should be played.

With this info, I got through difficultly I and II, and now I'm tackling III.

Huge thanks to Reddit user /u/Mercarcher for putting this info together. Find his Viper guide on /r/dota2.

Viper is a Support/Caster. Your main goal is to get mobility, mana regeneration, and survivability.

What items to build on Viper

Boots - Viper is not a fast hero. He has a base movement of 275, so he will lag behind in most parties as the slowest hero. You mainly win this by not taking damage, so boots are your first buy.

Arcane Boots - You are mana hungry. Grab manaboots for now to keep your mana up.

Windlace - Again, you're slow, this helps keep you up with the rest of the team.

Ring of Basilius - This helps with team wide mana regen and will be converted to a veil later.

Octarine Core - Gives you literally everything you need. Cooldown reduction, Leech for your spells, and more HP/Mana

Eul's Scepter - I can't oversell how useful this item is. Going to take damage? Eul's yourself. Ally going to take damage? Eul's the enemy. The lab is about survival. This is the ultimate survival item. It can be used for so many different things, the biggest of which comes when you are fighting Aghanim himself. If you use this at the end of the spell steal cast, you will not have any of your spells stolen. This is needed because you don't have an easy time breaking the crystals yourself.

Veil of Discord- All of your damage comes from spells. I rarely found myself even attacking. This buff your entire teams magic damage by 18%.

Kaya and Yasha - You have octarine so this amps your leech giving you more healing. You need mana regen so this amps that too. Remember what I said about survival being the most important thing in the lab? This + BoT 2 + 30 movespeed talent + 8% movespeed from the meta talent tree gives you 550 movement speed. plenty to run away from the fire lasers and then some.

Heart of Tarrasque - Gives 1200 HP and a lot of regen for those times where you can't leech and your ult is on cooldown.

Poison Attack - Use when you can afford the mana and need the magic resistance reduction. Not super useful. We max this skill last.

Nether Toxin - Our early/mid game bread and butter. Deals stacking damage, can be used to simplify a lot of encounters, and provides break which is extremely useful for some encounters. For example, specters will not reflect while they are applied with break. This makes that encounter a lot easier. We max this first.

Corrosive Skin - Slows the attack of enemies who attack you, provides magic resistance, and more spell damage to passively leech from. If you can get the Corrosive skin applies to nearby allies talent this becomes an amazing buff for your entire team.

Viper Strike - The entire build revolves around this skill. We hope to make it both a damage and healing skill on as low of cooldown as possible with the highest duration possible. This becomes an AoE skill eventually which makes it amazing.

Which Legendary shards to choose on Viper

This entire build is built upon the legendary shard Contamination. This makes Viper's ult a duration ability that launches his ult to a new target within range every .4 seconds for the duration of his ultimate.

Combine that with Antitoxin which allows Viper Strike to target allies causing it to heal them for the damage and buffing their movement speed by the slow and you have a potent team wide buff that also does a lot of damage to everything.

So here is a kind of rankging for which Legendary you should pick.

Which Common shards to choose on Viper

There are too many individual ones to list here, but the priority is pretty simple.

Basically your play style for this build will be to walk around dodging attacks, hitting your ultimate on cooldown to buff your party and kill everything around you, dropping nethertoxins whenever you can for their AoE, break, and leech.

Use your Eul's to escape danger if you are about to take damage, and above all else, survive. A dead person can't do damage.

Thanks again to /u/Mercarcher for this fantastic guide. Good luck in the labyrinth!

Find other Dota players to play Aghamin's Labrynth with over in the official SteelSeries Discord server.